Adjusting the Direction and preparing the Compass for 2020 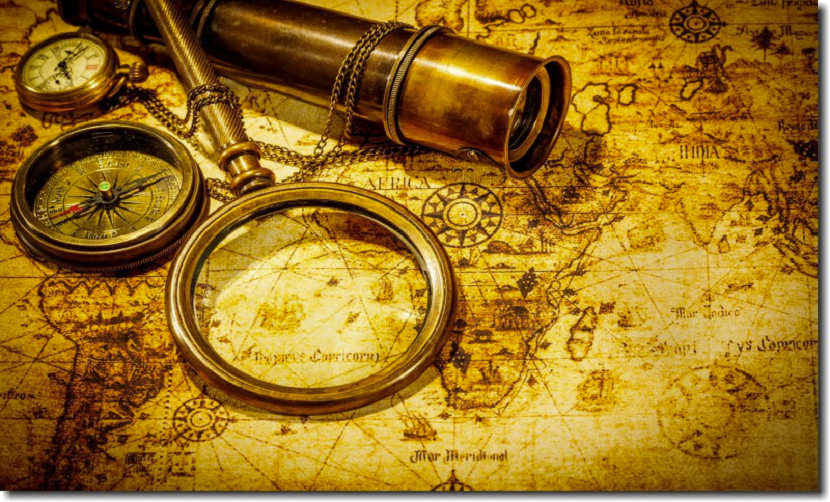 After 6 years of crisis, 2019 finishes with some signals of economic recovery. In the period between 2014 and 2019 a lot of things have changed. Immersed in the effort of accomplishing the goals, perpetuation of the company and jobs, some executives have not been able to give the due attention to the changes of the period.

One of the examples of this rich period of progress changing was the virtual dissemination of the use of chatbot and virtual assistant, movement that provoked a significant reduction of costs with call centers (reducing, also, significantly the number of jobs in the area). Another example is in the HR area that has started to use with frequency online selective processes, letting aside the simple ranking of qualifications, adopting new approach, management of people, mapping profile behaviors and carrying out integration with other sectors of the company. More recently, in 2018, the automation started to follow the digital transformation processes in the companies - both in corporate and middle market companies. Micro and small companies that fight to remain themselves competitive in the market with few resources search in these technologies a competitive differential.

In the internal or in the market Analysis Area, the technology has been providing great advances, with deep impact in the techniques of analysis of multiple data (big data). Simultaneously, the companies have perceived, yet without money, the advantages obtained with the even more detailed knowledge of their customer’s expectations and necessities that the research could bring. The storage  and collection of great amount of data capacity , as well as its processing  have also been  fruit of great number of tools of analysis and capture that have appeared in the market in these last years. But we still live the “moment of tools” that masks the lack of analysis and quarrels on the real communication among the public.

Exactly in this period, the dedicated attention to the internal public represented an exception to the lethargy observed in other areas. The emphasis in the productivity, necessary for the accomplishment of goals in times of scarce resources and the conscious of employees' strength as brand ambassadors have made the executives to turn their attention to this public and to the development and improvement of a corporate culture that raise to the first plan the capacity to carry through scenarios analysis and evaluation of the competition scenario.

Other example sufficiently clear is the Communication Area that for the analysis of its effectiveness, working traditionally almost exclusively with the evaluation of the market share in the media, has changed its axle of analysis to the new way of exposition mensuration, evaluated on journalistic criteria and weighed by the strength of each analyzed vehicle. But this approach - previous to the explosion of the social Medias - rested, still, on a communication conception of issuing-receptor type, reserving to the individuals a total passive role and placing all the strength in the media.

In the identification of attractiveness or rejection factors, as well as in the evaluation of the market performance or the reputation it is absolutely necessary to adopt a systemic approach that takes into account the company scenario in question such as the context and the competition. And in the analysis of individual voices expressed in the social Medias it is necessary to monitor the different perception of stakeholders.

In the last 10 years, simultaneously to the evolution of the criteria adopted in the analyses, the Communication Research Area demonstrated the foundation of the image formation in the perception of different strategic public. The approach by opinion survey became a basic tool to measure the impact of the exposition between different stakeholders or to understand the reach and the limits of internal communication. The reduction of the media vehicles and professionals in recent years provoked an opening mind of the professionals - in the agencies and companies - towards a systemic vision, based on opinion survey and on the analysis of the exposition in the traditional and social media.

The way out from this period of economic turbulence must be followed by the retaken of the companies’ image and reputation that remains vital for the effective work of the strategic planning, being itself elaborated out of an ample diagnosis. A good planning estimates qualitative and/or quantitative goals, and followed by a systematic monitoring will allow to correct routes during the process and the mensuration of the effectiveness of the adopted strategy. The monitoring guarantees not only the analysis of the consistency of the messages but also of the actors who act in this territory. At the same time, the sociological look remembers that what we find in the network is not “clean” thought of the individuals, but a declarative speech that must be analyzed from the field of strength in which it is located. Moreover, it is always good to remember that the analysis of the social network is characterized by a great mass of data that demands technical knowledge from the analyst - both of statistics and quantitative data that go beyond communication.

It is important to add that at the current moment, denunciations still proliferate on the enrollment of some companies; it increases the necessity of a specialized work to provide a personalized analysis of the reputational strength criteria for the company and its sector of performance.

This is the strength of a systemic approach that contributes for the evolution of the corporate culture.

Cristina Panella s associated Senior of the BMI Blue Management Institute. Doctor in Sociology from Ecole des Hautes Etudes en Sciences Sociales (France), Master degree in  Research Formation from the E.H.E.S.S. (France), Master in Social Anthropology from the Université René Descartes - Sorbonne (France). She has also a Business Management Communication Specialization from Florida University (U.S.A.). She graduated in Social Sciences from PUC-SP. She worked in Datafolha implementing the call center research (DataFone) and by geolocalization (DataGeo) Areas. She had also  been Partner of the CDN Corporative Communication where, for 10 years, had directed the CDN Estudos e Pesquisas Ltda. She has directe, for 9 years now, her Consulting and Guardianship in research. She had been teacher in FAAP and iN Centro Universitário Belas Artes, as well as guest teacher at Escola de Comunicações e Artes of USP (Gestcorp). She is ABERJE’s columnist.