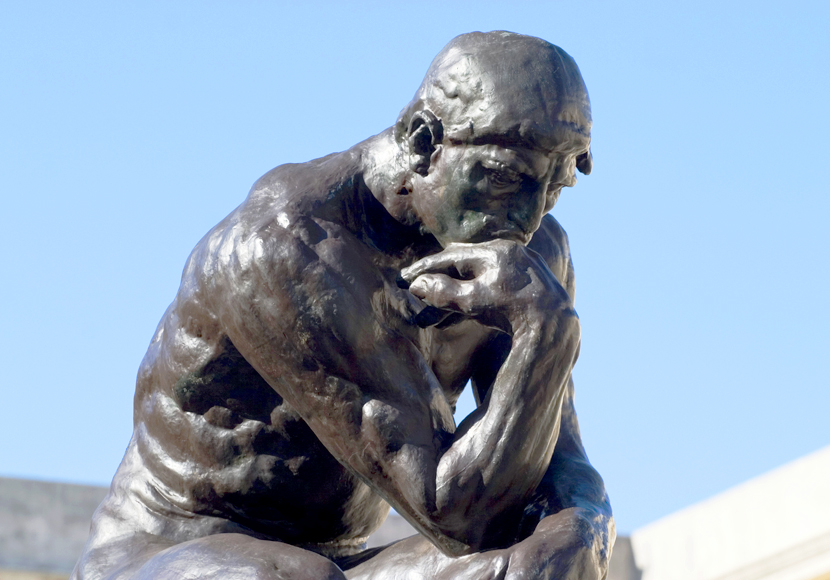 The isolated man is a beast or a god.

The Anthropology is defined to be the science that studies the man and the humanity. Considered officially as a science already in the XVII Century with the Age of Enlightenment, it had been also present during all Classic Antiquity, Medieval Age and in the Renaissance, including in the Great Discovery Trips.

The mythical Theogony written by Hesiod in the VIII B.C. had already approached all the complexities of the human beings relations about the human behavior by means of the relations between gods and heroes. Also Homer, Herodotus and Lucretius had dedicated to study people's behavior that has relations with the Greeks and Romans. In the East, Chinese and Indian thinkers have also dedicated themselves to the subject for centuries.

Long before the anthropologic nonsense of the XIX Century that understood the European society as the civilizing apogee in face of other primitive people, that should be, then, dominated and acculturated, still in the XV Century, great travellers and missionaries had also acted with strong anthropologic approach when registering its prejudiced perceptions on the New World people. Such racist perspectives on Latin, African, Asian and aboriginal people still resist the time in the Anglo-Saxon and Franc-Germanic collective imaginary myopia.

The functional anthropology created by Émile Durkheim - and developed later by Bronisław Malinowski and Alfred Radcliffe-Brown - establishes a parallel between human being societies and living organism creatures in the search for preservation and evolution, where each element would have to fulfill its function for maintenance of the more inclusive social structure. In this context, on account of the collective conscious that shelters common beliefs and feelings, an individual is submitted to the standards and social norms that welcome, protect and consider him as part of a coherent whole.

The structural anthropology proposed by Claude Lévi-Strauss investigates the structuring rules and the shared system of meaning that are organized in opposition pairs as fundamental elements in the way the human being thinks in different societies, creating taboos such as the incest. In this context, it does not have structure without genetic or abstract construction. Thus, such structures would not destroy the individual, as the self-centered subject that intervenes in nothing opposes to the epistemological subject that there is in the common cognitive space to all the subjects from the same coexistence. The subject notion would not be substituted in favor of the impersonal, since that, as for the moral knowledge and values, the own activity of the subject assumes certain distancing from the limits of his self-centered intellectual in benefit of a permanent process of interactions, coordination and exchanges. This is exactly the generating process of the structures in its construction or continuous reconstruction.

The hermeneutic anthropology inaugurated by Clifford Geertz describes the man as an animal moored in the web of meanings that he has weaved by himself. Such semiotics perspective distancing from the usually ethnographic resources employed, recognizing that the cultural forces articulate themselves in the flow of the human behavior inherent to the meanings of the social actions.

The concept “organizational culture” has been used for decades in the analysis of global companies coexisting in different cultural places, in the integration of a heterogeneous workforce, making explicit a set of expected values and attitudes or in the creation by leaderships of a consistent reference that gets to assure internal unit to deal with external challenges.

Prominent intellectuals as Peter Drucker, Tom Peters, Edgar Schein, Jim Collins and Jay Barney had located the organizational culture as one of the most solid competitive advantages of a company, either as execution instrument of standardized disciplines, or as a regulating mechanism of autonomy and knowledge management. Such inspiration (or, appropriation) did not pass uninjured to the anthropologists. Classic texts of anthropology have been freely interpreted to transform the term “culture” in something that an organization has, instead of being its own essence, to consider it a tool of management instead of being something really intrinsic to the particular context of a company.

In a generalized way, it is the science role to transform complex aspects into simple. In contrast to the elegant mathematical models idealized by physics, the social sciences really reach its creative apex when organizing such complexity in something intelligible, but not reductionist. In this context, by abandoning the economic paradigm of the company as a rational set of activities commanded by impartial managers and executed mechanically by workers without own wishes, by breaching with the illusion of a taylorist scientific administration, innumerable studies of the organizational behavior have supported themselves in anthropologists, both in the method and in the substance, in their search for the concept definition of “culture” and its impacts.

It is true that both some great organizations scholars and certain anthropologists mention the culture as a dynamic process of meaning by symbols and rituals. Notwithstanding, instead of searching for a set of shared attributes that express authentically the collective behavior , the anthropology has been dedicating itself to the dynamic of power between its integrants and to the permanent interactive process of plea, transformation and domination. It is recognized, then, that the authoritarian speech of the dominant group in the social order demands continuous reinforcement of truth, neutrality, normality and justice, dislocating emerging speeches as abnormal, selfish and unstable.

When considering “culture” as a political process, the focus dislocates to language and power, analyzing how the discursive arguments are constructed and contested, with which impacts. Under the anthropologic point of view, such approach prevents the treatment of the organizations as limited entities, contextualizing the ideological relations in search of the considered credible, true and natural arguments, at the same time that it discards alternative possibilities as unimaginable, although always inserted at the historical moment and subject to attacks.

NOTE: Extracted text of new book ANTHESIS - written by Daniel Augusto Motta - to be published by BMI Editora e Publicações in the second semester of 2018.