Communication in the Social Media Era 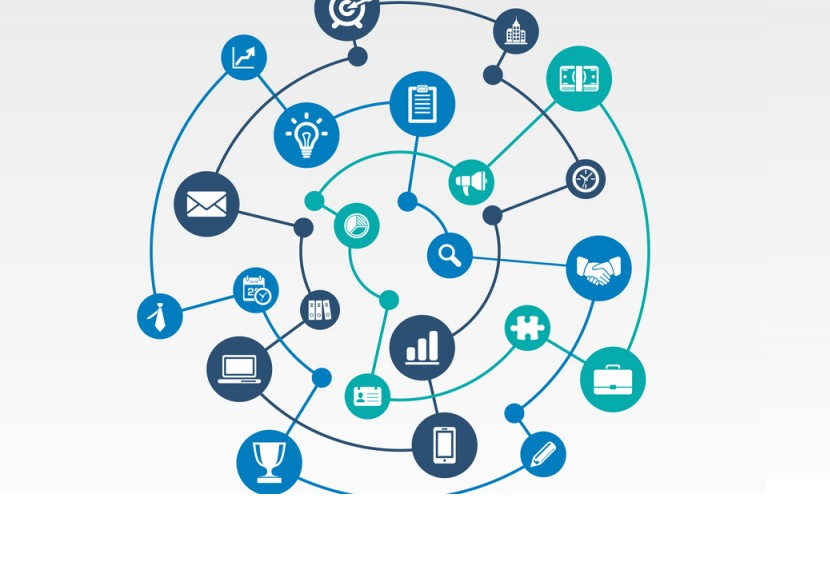 The sociological study on communication was inspired on different works carried through by Linguistic and Social Psychology. Oscillating between two general concepts of communication - circulation of information and/or communion of ideas - the approach has supplied both tools of research improved by the analysis of the language structures, and techniques that aim at evidencing the opinion formation, attitudes and behaviors of the individuals (social interaction).

The historical evolution of the communication theory presents a movement that alternates between a based conception in the effectiveness (and strength) of the media in the communication and another one, in which the subject (enunciator or receiver) constitutes the only reality to be taken into account. These positions, recover two social concepts: in the first one, the subject is in complete exteriority relation with the objective social world; in the second, the social is the product of the subjectivity of the subjects, according to Berger and Luckman (1989).

In sociology, two images of society concur: the first one, of a “mass society”, in which the media occupied an important place and to which was attributed a determinative power in the individuals behavior and, second one, of a society organized in “micro groups”, in which the social has being constructed. But the most surprising studies on the media are the capacity of linear scheme to be harmonized equally with two contrasting images of the society.

During the 1960's, the studies on the media communication had been dislocated to the reception side, with McLuhan, with the defense of “new Medias”. Actually, the media would not only be at the service of the receiver intention, but they would also act on him, transforming his sensitivity, his way of living, and his value system. Technological prolongations of the man, media would conspire simultaneously to change the man and the society.

The similarity to what we find today in the analyses of the social media power is very surprising and disturbing in a certain way.

To McLuhan, receivers were not individuals anymore, but component of a new unique “social body”: mass. P. Bourdieu and J. - C. Passeron (1963), demonstrated how much the “sociological reach” of such concept was illusive. To them, the analysis of the "mass" concept seemed a Russian doll, that disclosed inexhaustible sources of internal unfoldings, not only on the reach of the exceptional diffusion, but also on the own nature of the propagated "culture”: the media is called “mass” because it communicates massively a “mass culture”. But what is  “mass culture”? Could we define it as a set of messages spread out by  “mass media”? Should it be the "mass" culture, that is, the knowledge system and attitudes that is found in the “masses”, in opposition to the benefited elite by the school culture? Answering affirmatively is to say that mass media gives to the “masses” what already belongs to them and the mystery of the “massifiction” disappears. This logical circle produces in each point as many circles as it is desired: the masses are masses only when they are massified receivers of a mass culture massively spread out.

It is worth to ask: what is the produced communication in the social media? Many times defined as essentially individual, how can we explain the reach and effect that they produce in form in several groups?

Different researches carried through on the social interaction have brought a new sociological chain, the ethnomethodology, inspired by the works of T. Parson and A. Schutz in the United States. The relation that joins the sender to the receiver individuals was any longer examined under the aspect of the information transmission, but under the communication relations. The social world is, in this perspective, characterized by its quality of intersubjectivity and examined while product of the subjects construction. Schutz defines the social reality as the total addition of objects and events of the cultural and social world, lived by the thought of the common sense of men that live together innumerable relations of interaction. Since the beginning, we, actors of the social scene, live the world as a nature and culture world; not a private, but intersubjective world, that is, what is common is given to us or that is potentially accessible to each one of us; and this implies the intercommunication and the language.

The basic contribution of this chain is in the importance granted to the actors, defined as social subjects and in the emphasis on the construction process that characterizes the social world. But when attributing to the individual the capacity to organize (and to construct) not simply his representation of the social world, but the social sense, these approaches confuse description and analysis. N. Ramognino (1991), remembers that the ethnomethodology and the different interactions do not operationalize the cognitive dimension, since they describe more a normative ability of the actor. The ethnomethodology, however, had the merit (shared with the Linguistic) to retake the importance of the different forms of the language in the communication processes and of the social sense construction, forms that it will be explored by the Palo Alto School.

The research object of this school was the study of the human being communication by means of a model that congregates the elaboration of a communication theory, the conception of a changing method and a therapeutic practice adjustment – getting an explanation paradigm of the new communication defined as an “orchestral set”, imagetic figure to transmit the “harmony” resultant from the different “senses” and forms of language that characterize the expression of the social actors. This diversity of senses of the individual actions would be the true engine of changing initially individual and, after that, social. Beyond that, it is in the origin of the effected adjustments by the actors, based on the reactions observed in the interaction (origin of the “feedback”).

The several researches carried through by the Palo Alto School have had the merit to stress, to beyond the forms of the language that characterize the social interaction, the primordial role of the context, in which the different situations of interaction occur as a control point to the analysis of the interactions and the change. The “new communication” model - mainly for the resource of the feedback concept, that hinders any idea of linear causality, can embrace the analyst in another circular causality, in which each behavior is involved in a complex game of implications, actions and retractions that unite them. In the scope of this analysis, it is important to designate that one of the four axioms paradigm of the “new communication” consists of affirming that all exchange of communication is symmetrical when based on the equality or complementing when based on the difference ¹.

¹The other three axioms are: a) Communication cannot be stopped; b) all relation presents two aspects: the content and the relation, in a way that the latter comprehends the first and, thus, is a metacommunication; c) the nature of a communication depends on the punctuation of the  communication sequences between the partners. Cf. Bateson et. al.,1981.