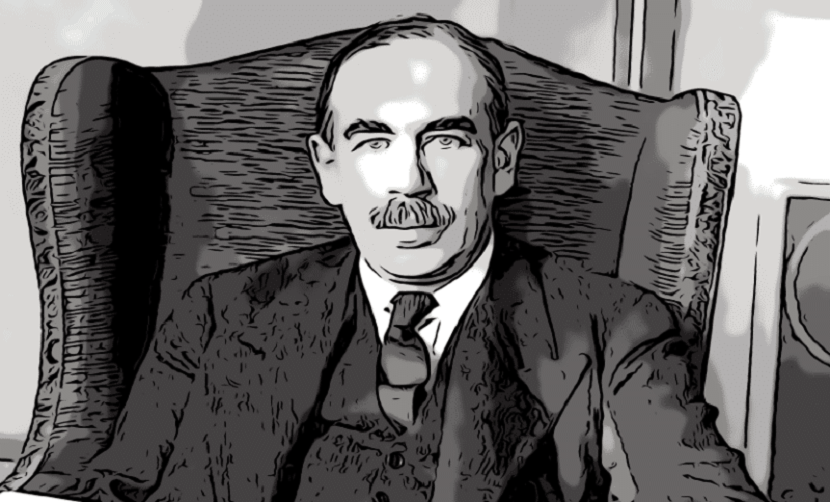 Giving opinion on the destinations of a Nation is to sail on economic perspectives.

The Economic Theory does not exist in absolute and restricted way, but it is in different possibilities of mathematical modeling and philosophical basis, both of course dated by the times of its intellectuals.

Therefore this article is a general vision (not exhausting) on classic economists. My goal is to foment more robust reflections on the recommendations and on the critics everyone has the right and the duty to present to our governmental representatives. Beyond better understand the contemporaries’ movements.

The writing style is intentionally coloquial, without mathematical and theorems models, naturally with the due license request to my economists academic colleagues.

I wish a great (despite short) intellectual trip in the world of the economists! 😉

In the XVIII Century Enlightenment Era, the English thinker Adam Smith established the economic liberalism as a true revolution in face of the monarchic absolutism existing in the great European powers. The monarch and its minions would not be so capable to assure the maximum welfare to people in comparison with the invisible hand of the free market!

Let us imagine the shock of this finding for the kings who considered themselves divine and magnanimous! Common people, moved by their own interests, would be more effective, even selfish in their intentions, in generating wealth than the real bureaucratics. The division of work became the motor force of productivity, exactly in the climax of the First Industrial Revolution, when the control of the other ways of production - nominally land and capital - would be the strongest mechanism of the wealth concentration production.

The Rules of Law

In the turn of the XIX to the XX Centuries, in the heat of the intellectual clash between economic liberalism and the socialism proposed by the German thinker Karl Marx, the Austrian economist Friedrich Hayek concentrated his proposals in the defense of the Rules of Law as the best mechanism to the definition of general and impersonal laws that stimulate the decentralized individuals to use their best abilities, knowledge and ways of production in the maximization of social welfare.

On the other side, the centralizing and planning Government, in contrast of the egalitarian speech, is a barrier for the decentralized planning and for the ample and unrestricted use of abilities, knowledge and ways of production by individuals. Beyond the inefficiency that compromises the social welfare optimization, the Centered Government opposes to the Rules of Law, submitting its individuals to arbitrary, cloudy and possibly, tyrants decisions.

The Rules of Law became, then, one of the bastions of the Capitalism, a true basic pillar to the full economic liberalism that demanded from the Government only its role as establisher of general laws in a way that individuals could freely act. Not idly, despite more demagogic speech than governmental attitude, the Rules of Law was intrinsic to the democratic republican waves that permeated the European continental revolutions and the independence processes of the former American and African colonies. The economic liberalism became thus more civilized.

The interest tax is, probably, the main available price in economy. This is because the interest tax defines the power of decision of savers and investors, duly adjusted to risk prizes. The investors intention in investing in productive capital depends, basically, on two basic fundamental variables: on one side, the difference between the marginal return on capital and the available interests tax to the application of this exactly capital in the financial market; on the other side, the expectations of these investors in relation to the future of the enterprise (it also essentially defines the marginal expected return on equity for the investment).

The animal spirits are, then, critics to the economic progress in economic cycles of growth, as well as to the economic setbacks in cycles of economic crisis. The economy develops in cycles of expansion and setback, not only for the dynamic between interest rate and returns on equity, but also in relation to the  irrational exuberance inherent to the involved power decision process in the allocation of capital and in the behavior of the economic agents, limited in its rational and susceptible capacities to the cognitive bias.

John Maynard Keynes - probably the most famous economist of the XX Century - proposed that, in acute economic crises, only the coordinate performance of the Government in expenses and investments could dislocate the animal spirits of the private sector to a new cycle of prosperity. The intervention of the Government in the economy would be exactly in defense of the Capitalism at moments of economic stress - being its registered mark the New North American Deal during the Second World War.

Nothing lasts forever. Invincible armies had lost. Undisputed leaders had died. Powerful empires had been defeated. Iconic companies had found the ostracism. The cycles of creation and destruction are presented in the Cosmos, in Nature and, in inexorable way, Society.

Only Government would have the monopoly of the artificial longevity of an enterprise organism already incapable to offer marginal returns on the employed capital over its capital financing cost. And even so, at the expenses of the population that, voluntarily, would prefer to maximize its welfare without this anachronistic monopoly.

In a free market economy, as initially proposed by the Austrian economist Joseph Schumpeter, the creative destruction is the intrinsic process of the capitalism in its continuous renewal as the best maximization system of social welfare already invented by humanity. The competitive process in the dispute for raw material, ways of production, productivity methods, organizational systems and consumers conquist creates, automatically,  entrepreneurial dynamics favorable to the attainment of the smallest marginal production cost possible. At the same time, it promotes, in a generalized way, incremental and disruptive innovation.

Decreasing marginal cost and increasing innovation is deflationary mechanisms in face of the pressure for price increasing caused by the population income that reaches incredible levels of social welfare. The creative destruction really generates wealth when defying inefficient economic models by means of new enterprises financed by the risk capital. Once again, it is the economic liberalism, extended here to all global capital market in its several different formats that generates social wealth.

The inflation is the most unfair tax to more vulnerable families. Therefore, the social welfare is frontally threatened by the inflationary processes, usually caused by the unbalancement between offer and demand in short term and for the detour of the economic agent’s expectations in relation to the long term.

Milton Friedman, North American economist, defended the performance of the Central Bank in the control of the monetary offer as a mechanism of inflationary control. He retook, then, the idea that the Government would not have to intervene in the market order, even in periods of recession. The free market is sovereign in its adjustments throughout the time, so that sporadic Government developing interventions result in subsequent inflation.

Currency is one of the secular mechanisms of temporal resources transference among overlapped generations, which means among parents and their children. Therefore, the balance search surpasses the temporal dimension of the current generation and takes into consideration the fluid perspective of time for future generations, that can be benefited or harmed by current decisions. The inflation becomes an Inter-generational problem to be analyzed by Government authorities in its public, tax and also monetary policies.

Beyond inflation, the overlapping generations model also allows a more  expanded look into negative externalities of economic liberalism, notably not only on the environment, but also on the individuals socially market excluded, either for incapacity of consumption, or for lack of abilities to work.