Ethics of Survival and Commitment: The Leader in the Crisis 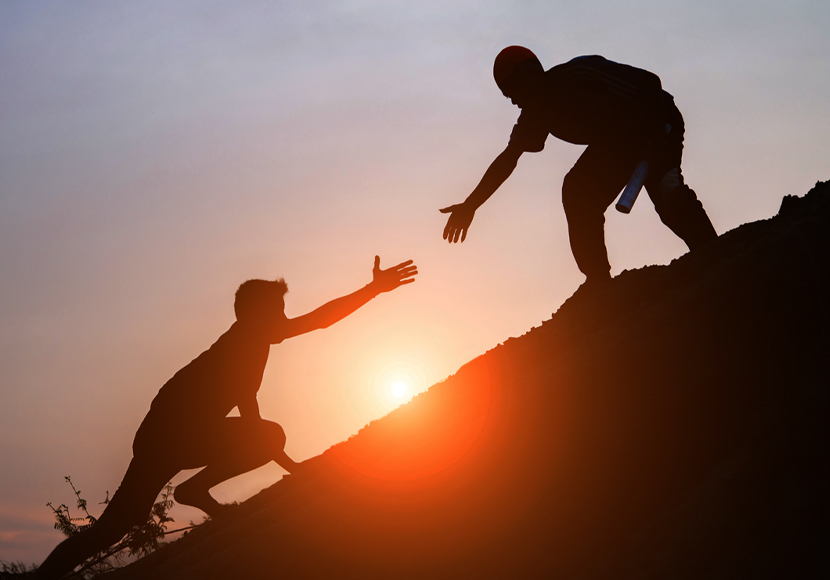 Professionals of crisis management exist. And they are technically exceptional.

There are also specialized bibliographies where some techniques are listed. Nevertheless, the impact and ways of managing a crisis cannot be limited to the company’s or organization’s extent. The impact depends intrinsically, on the one hand, on the sector in which the company operates, which includes specific risks depending on the kind of product or service it offers. And, on the other hand, on the socio-economic context in which the crisis occurs, that should be taken into consideration once it constitutes the daily experience of its employees.

It has almost become a mantra to say that one of the fundamental characteristics of a crisis is that it has a beginning, a middle, and an end. But the crisis caused by the pandemic is not perceived this way, since it has reached all the population and not only the stakeholders of a company. In this crisis, the “middle” has been prolonged once the solutions to face it, due to this dimension, are necessarily long. Then, the extent and duration of this crisis we are living due to the pandemic imply letting aside the simple alertness posture and immediate reactions to concentrate on the inevitable changes that are already underway in the company's relations with its employees, way of working and consumption. The impact on companies is brutal and even, sometimes, showing the need for remodeling the purpose of the company.

Another important aspect is that none of the crisis manager’s techniques or arsenal instruments prescind from adaptation to the culture of the company and its purpose to be put into practice and function. For that reason, it is not possible to restrict the crisis management to the technical or communication areas. The HR team and, of course, the leader are the main participants of the crisis committee.

Other epidemics have happened in the world. When it happens in another country, we consider it that country’s problem. But when governments start closing airports, for example, the problem starts to be ours, whether you work as autonomous or as a Multinational President, as your clients will panic.

Laurence Barton, a leading crisis management expert and consultant, who was a Motorola executive, further points out that any measure must be taken as soon as possible, before thousands of other businesses compete for the same resources, as it happened with the credit for small business in Brazil.

When organizing the response to the crisis, it is important to establish who should be responsible for each of the challenges and tasks in your organization. Among Barton's several recommendations to the leader, I highlight:

• Identify who will be the “owner” of the communication of the relevant facts (breaking news) on health issues so that there is a single communication channel, avoiding contradictions.

• Identify a leader who will communicate the company's plan to employees, encouraging people to work from home. Determine how the support to work from home will be provided and how customer needs will be met.

• Appoint a content manager for the Intranet and Website to simultaneously communicate to the public and your employees the details about the company's plan (including business resumption plan).

• Organize frequent conference calls with different areas of the company for updates, new projects and to communicate what has been doing for the return to work.

• Prepare a succession plan for the organization's key people.

• Update the home address, cell phone, and emergency phone numbers for each employee, partner, supplier and ensure that multiple leaders have access to this database.

It should be clear that there is no leader OF the crisis. There is a leader IN the crisis. What should their essence, their role, their competences be? To the leadership model defined by Daniel Motta (organizational transformation, individual essence, and people excellence), he proposes to aggregate behaviors that can become perennial.  Which are: conscious transformation, leader enrollment (or commitment), solidarity and empathy. Never have leaderships and companies needed to be so close to the necessities - tangibles (hardware, PPE etc.) and intangibles (mental health care, family monitoring, among others related to their employees). And to be also attentive to the surroundings and your city population, participating in any efforts - either privileging their neighborhood suppliers, or stimulating their employees to help their fellows, or providing financial support to the needed population.

In this present moment we are living, it is up to the leader, before anything else, to lead ideas and always bring the inspiration that comes from the certainty that there is a light at the end of the tunnel. The concrete actions will already count on the responsible people for the areas. But solidarity, commitment and conscience are not delegated.

This is the time for the Ethics of Survival and Commitment

Cristina Panella is a Senior Associated at BMI Blue Management Institute. She has a Doctor Degree in Sociology from Ecole des Hautes Estudes en Science Sociales (France), a Master Degree in Research Formation from E.H.E.S.S.(France), a Master Degree in Social Anthropology from Université René Descartes – Sorbonne (France). She has also a Business Management Communication Specialization from University of Florida (USA) and Graduation in Social Science from PUC- SP. She worked at Datafolha, implementing the research areas Datafone and DataGeo. She has also worked in the Research, Planning and Marketing at SEBRAE and was Associated to CDN Estudos e Pesquisa Ltda. She was a professor at FAAP and Centro Universitário Belas Artes. She is an invited- professor at Escola de Comunicação e Artes of USP. She is an ABERJE’s columnist. She is also a member of ESOMAR (World Association for Social, Opinion and Market Research).