One For All; All For None 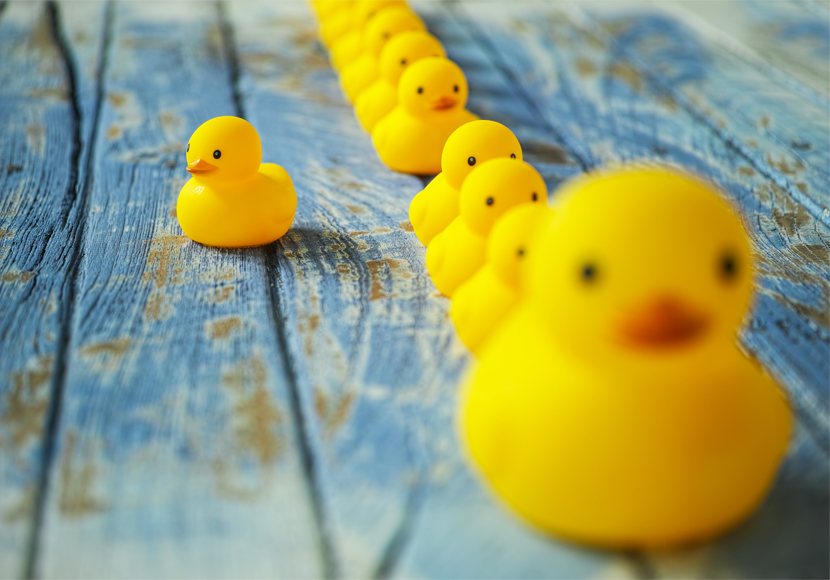 One For All would be commonplace enough.

But All For None is a classic oxymoron (aka paradox).

Let us see next how the theme evolves in this divergence of nexus.

Leading oneself would already be an ode. Leading others is a true epopee.

Contrary to the natural collective evolution process, characterized for being learned unconsciously in the day-by-day lived by the group’s members to then be imparted through socialization with newcomers and modeling the whole structural-semiotic-political framework under the articulation of the dominant leaderships, the transformation process must, necessarily, be conscious and agreed upon.

In the face of the inherent psychological insecurity of relinquishing the known social order and heading to the unknown, awareness of the impossibility of maintaining the status quo and of the whole new process proposed is fundamental for the articulation of leaderships and remaining members around the inspiring proposition. The agreement involves two dimensions: cognitive and affective. The cognitive dimension represents the collective awareness of the need for the movement given the impossibility of survival in the status quo. The affective dimension, in turn, represents the acceptance and engagement of group members with the required changes, in the operational and behavioral aspects.

The process to reach an agreement is a journey. People need to understand the rationale of the change to turn it into action. However, the rationale of the change per se has no transformative power. People need to understand, accept and engage with a strategy to turn it into action. Commitment is a process that involves hearts and minds. It does not matter how exciting the future envisioned by the leader is; it will only have a mobilizing effect if it draws people to be part of building a new way to operate. People change more for the strength of the vision that influences their feelings than by the analyses that shape its rationale

The process to secure agreement is, therefore, built in three subsequent stages:

Alignment: the members of the group understand the new inspiring purpose and start envisioning what the group’s future social order might be like. They also increase their awareness of the dimension of the changes required to achieve the new intended paradigm and of the negative impacts associated to maintaining the status quo. This stage calls for a great deal of sharing in concrete facts and data, resilience to tackle the various pockets of explicit and passive resistance, and capacity for logical argumentation on behalf of the new context, based on real-life external examples, which may help to make concrete something still too abstract in the group members’ collective imagination.

Mobilization: the inspiring purpose starts gaining meaning to people and arousing in them the desire to be part of the construction of new habits and new ways to operate. The actual change in behaviors requires time and support to understand the impacts of the changes, review paradigms, give new meanings to signs, strengthen liaisons and establish new habits. That happens on three fronts: Protagonism; Interaction; Recognition.

Commitment: alignment and mobilization direct the commitment of leaderships and members to the achievement of the inspiring purpose. The symbolic formalization of the collective commitment becomes the symbolic agreement upon the new intended social order by the groups. This set of signs, produced consciously, will support the transformation journey until the group is able to establish the new symbols and rituals that express the new norms, structures and beliefs shared by all.

The agreement favors the increase of people’s emotional bond with the organization, thus boosting the collective energy to face the transformation journey and strengthen the group’s cohesion across the various leadership levels and different areas, minimizing the pockets of resistance to the change process.

However, how to lead a group to a new direction?

Still, it is necessary to lead an expressive majority in the direction, so that the dissonant or resisting minority may be influenced on behalf of the new ambition.

In their studies, scholars Solomon Asch and Herbert Kelman proposed that the majority has social influence on the others, regardless of the rationality of the available choices, due to three types of peer pressure:

• Compliance (Conformity): there is apparent agreement of dissidents with the majority driven by obedience to group pressures, search for affiliation, and fear of exclusion;

• Identification (Convenience): there is influence over dissidents’ opinion, guided by admired and respected individuals who enjoy credibility in the group;

• Internalization (Conviction): there is genuine acceptance, with actual transformation of the former dissidents’ beliefs and behaviors who, now, follow the social norm.

The inclusion of the three Cs of Social Conformity I propose here illustrates the individual process experienced by each person in their personal journey within the collective path. Interested in staying welcomed and appreciated by the group, Conformity, Convenience and Conviction are stages expected in the personal transformation that involves giving new meanings to mental maps, beliefs, dogmas and values.

One For All does not suffice. On transformation courses, the quintessential challenge truly lies in the paradox All For None.