Performance as the Customer Wants It 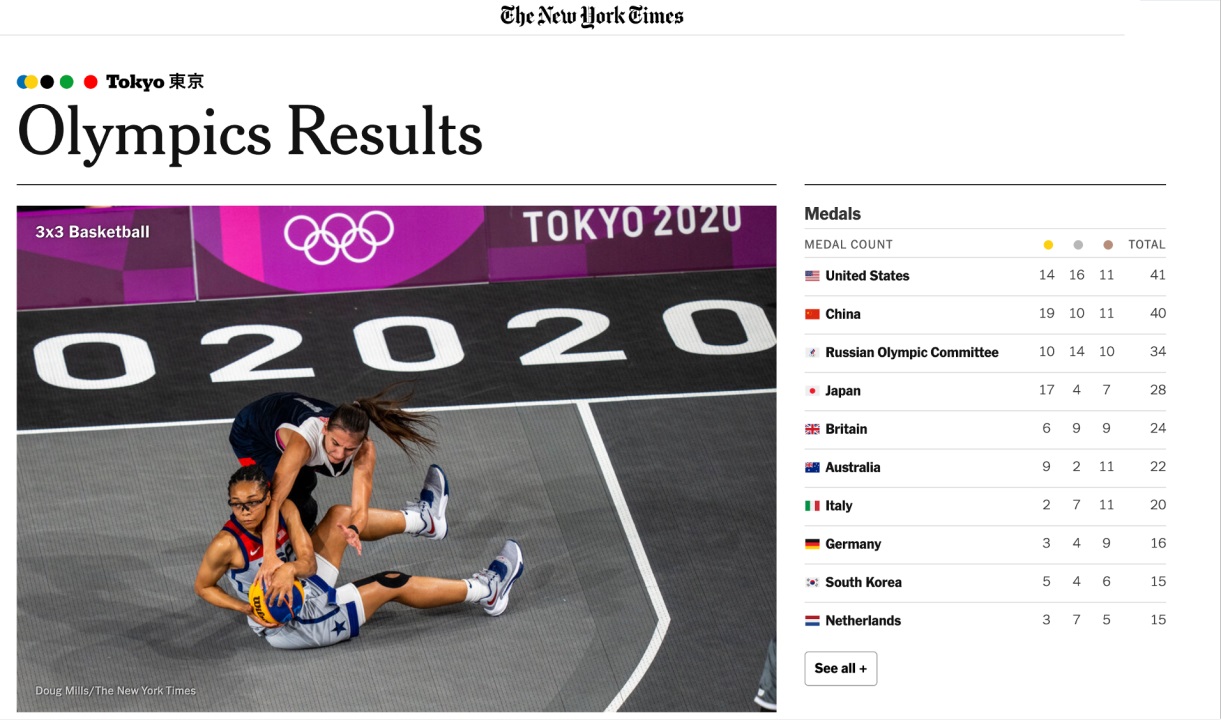 A few years ago, witnessing the end of the undisputable hegemony at the Olympic Games, the North American traditional media simply changed the criterion for the medal ranking. From an alternative perspective, instead of following the criterion defined internationally by the IOC and considering the number of gold medals as primary criterion, the US started considering the total number of gold, silver and bronze medals as primary criterion.

As such, in the self-centered North American eyes, the US stayed ahead of China in their convenient medal ranking, for the relief of all in the idolized homeland, oblivious of the perspectives in the rest of the planet. It is interesting to remark it was not just the sports or government authorities, but rather the media outlets themselves, who were behind this ranking parallel to IOC’s. What’s more: it was not just regional or digital media outlets, but the bastions of the North American free press (The New York Times, The Wall Street Journal, and others).

The fact takes us to the core issue: how many times do we twist performance indices to suit our convenience, whether because we are being evaluated by them or because we build ourselves through them?

There are several examples. The average student who ignores the percentage of grades A/B to focus on the absence of grades D/E. The government that changes the statistical criteria associated to measuring poverty or employment. The sedentary individual who evaluates their well-being through the absence of vital indicators in critical ranges for chronic risk. The businessperson who evaluates their venture by the volume of units sold instead of the risk-adjusted return on the invested capital. The family that puts up with their own waste generation compared to even more polluting peers. The addict who deludes oneself by monitoring the dosage of their ever more frequent drug pills.

We adjust the KPI dashboard as it suits us. We are careful twisting the facts that discredit or bother us. We choose the indicators that build our positive image in the mirror, and we replace indicators shamelessly, if they start presenting a portrait that goes against our interests.

In the organizational world – whether public, private or social – it is not anything different. Indicators are chosen as the client wants them. In a rush, we choose sales. On cruise speed, we choose generation of operating cash flow. In free fall, we choose loss reduction. On adventurous startup routes, we choose client base (with losses). In social projects, we measure the minimum impact of those assisted in the face of a growing mass of unaided. The weights and counterweights are crucial to even curb our atavistic desire to optimize the set of indicators that maximize our gains – the whole agent-principal struggle develops from this important conflict of interests.

Personally, I find the most curious aspect in the North American parallel Olympic ranking is the fact it is a relevant cultural artifact to understand the American Way of Life. In the US, seeing oneself as passé is insufferable to all, especially to the population masses. Admitting the once complete mastery has been increasingly overthrown by the Chinese momentum would be too painful to all. A tragedy. Here, The New York Times comes into play as undisputable standard of the truthfulness of the information: to the people, there is no question to continue believing the US remain supreme in sports, even if it is a tanned supremacy (but who pays attention to mundane details).

And the provocative question remains: how far are we twisting our own goal charts to measure what seems most convenient to us in the performance evaluation? To what extent do we have the collective courage to monitor the opposite signs just to dedicate to pragmatic turnaround actions? How interested are we in being the bearers of bad news? How much do we tolerate facing the harsh reality by demonstrating we lost a prominent position or a desired level?