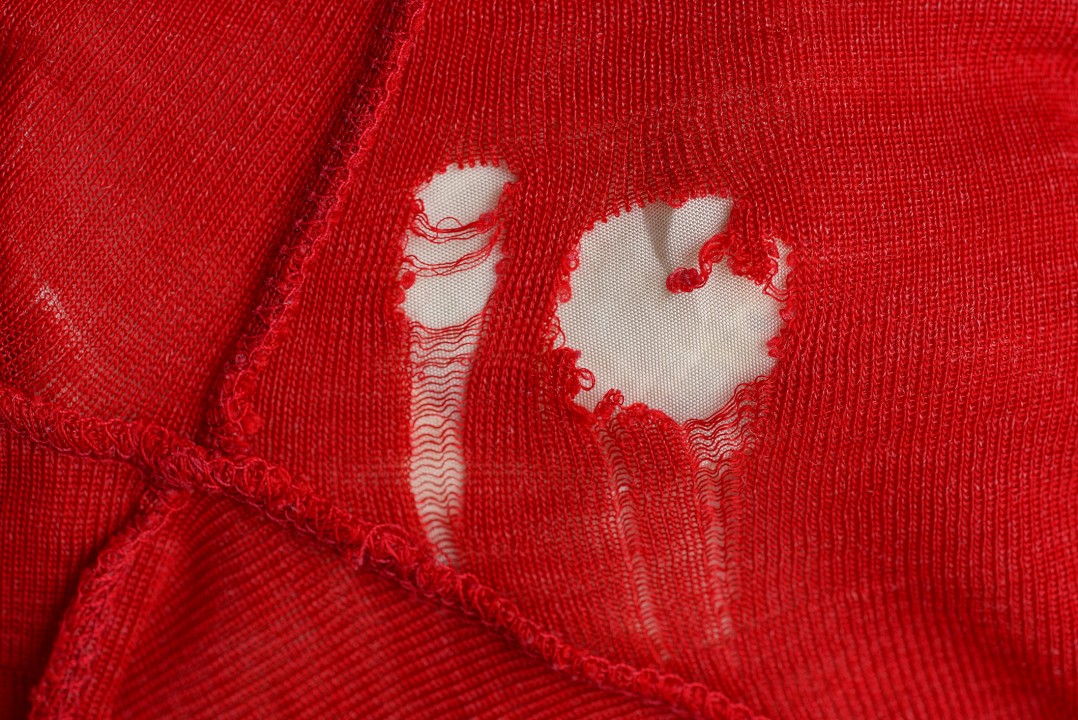 Social relationships are part of complex fabrics that contain signs, liaisons, and rituals. Codes – written and subliminal – attempt to formalize what the members of a group wish to perpetuate, normalize and develop over time.

Yet, all fabrics eventually,... fray.

At times slowly and gradually, with attempts at mending and sewing.

Other times abruptly and violently, with large holes breaking up threads and knots.

All fabrics have certain elasticity. They mold. They shrink.

Naturally, such elasticity has its limitations. Beyond them, the fabric tears apart.

The evolution of the social fabric evolves from a context of external and internal forces. From the external viewpoint, the variables that challenge the groups to constantly renovate their modus operandi to remain adherent to the imperatives of the new social order. From the internal perspective, the constant and complex political articulations amongst the members of the groups that emerge in struggles for influence and power. Fabrics are dynamic.

It is valid to assert we are now smack in the middle of an aesthetic and ethical transition.

Our traditional guiding principles surrounding the Ethics of Duty have weaved relationships, signs, liaisons and norms around institutions. The institutional framework built over centuries, since Illuminism and the Protestant Reform, as Capitalism and Democracy expanded as the prevailing constructs, strengthened the institutions as axes of vital reference in the face of transcendental uncertainties and affective insecurities. Church, State, School, Homeland and Enterprise – here, all capitalized – formed the significant pentagon, within which daily lives evolved. In such context, standardized hierarchy, stability and scalability are indelible hallmarks of social fabrics in all aspects: from the formal education process to the sacred matrimony. Life would present a rigid, yet intelligible, nexus. Concrete, yet unquestionable.

And then, fraying forces emerged...

And so we may see the social phenomena that stretch and pull fibers, break seams, undo knots, tangle threads.

It is common to affirm today the traditional matrimony is no longer something mandatory and expected by families. Even the concept of family has broadened to something more subjective and fluid. Also, the provincial community life has expanded to a planetary hyperconnectivity, with its aesthetic filters, frantic keyboards, addictive algorithms, and enraged avatars. Private life is increasingly more on display on the window, with no escape for those who, although retaining certain nostalgia for times lived or imaginary, wish to belong to the current times.

Today’s synthetic fabric is being woven in pixels and bytes, not in manual or industrial mechanical looms. In this new order du jour, the classical institutions are losing credibility in all dimensions: from the evident endemic corruption that rampages the Public Power, to the poor mastery of language skills now in vogue.

Indeed. Church, State, School, Homeland and Enterprise are increasingly more attached to the Laws that insist on regulating, containing and normalizing something that no longer unfolds in the same spaces, planes, and codes. They have lost credibility and respect owing to their own idiosyncrasies.

The synthetic fabric of the so-called Ethics of Pleasure is being sewn in the intangible spectrum of virtual connections, ephemeral sensations, fluid ideas, immediate possibilities, contradictory conflicts. This is a more hedonistic era, at once connected to great abstract causes, yet sucked in by the introspective void.

Social constructs are being rebuilt, given new meaning, and reviewed.

Language in itself, for instance, is undergoing revolutionary transformations: the slim syntax that values consonants to the detriment of vowels, emojis that swallow onomatopoeias, small letters put together without punctuation, words replaced by odd micro videos, increasingly infamous gender inflections, word etymologies under review.

And language is only an aesthetic aspect of the social fabrics. In fact, it reflects the significant substance of the relationships, codes, beliefs, values, and ideas.

Frayed fabrics pose relevant risks. They give unimaginable way for simplistic messianic adventures (see, for instance, far-right or left politicians), apparently capable of putting the cognitive chaos in order and comforting the affective void. They also stop providing a comprehensible plane for individuals’ social performance, expanding the discomfort and uncertainty zone, and even deepening the sensation of solitude or inadequacy – neurosis is viscerally present in bedlam, as well as in perfection.

Frayed fabrics cause estrangement and suffering, but also hope. A tangle...

On the one hand, frayed fabrics reflect the departure from current events. They feel part of another age; when things seemed to make more logical and affective sense. People get used to broken threads and stains, regarding them as mere signs of time. They strive to keep the nexus underlying the original social fabric.

On the other hand, the new lines of the new social fabric – which is not strictly new, as it is woven in the evolutive context of the former, which still figures in the present – do not bring all semiotic robustness in their form yet, neither a concrete logic in their function. It is truly a work under construction, reflection of its current times, still plastic.

Daniel Augusto Motta is Managing Partner and CEO of BMI Blue Management Institute. Doctor in Economics from USP, Master’s in economics from FGV-EAESP and Bachelor’s in Economics from USP. He is Alumni OPM Harvard Business School. He also serves as Managing Partner of WhiteFox Corporate Venture Capital, based in San Francisco (USA) and as Senior Tupinambá Maverick at content tech Bossa.etc. He also serves as Strategic Planning Director of Unibes and the Deliberative Advisory Board of MASP He was a Founding member of Brazilian Finance Society. He was Professor of MBAs at Dom Cabral Foundation, Insper, FGV, ESPM, AND PUC-SP. He is author of several articles published by Valor Econômico, EXAME, VocêSA and Folha de São Paulo, and also has three articles published by Harvard Business Review Brasil. He is author of the best-sellers A Liderança Essencial and Anthesis.