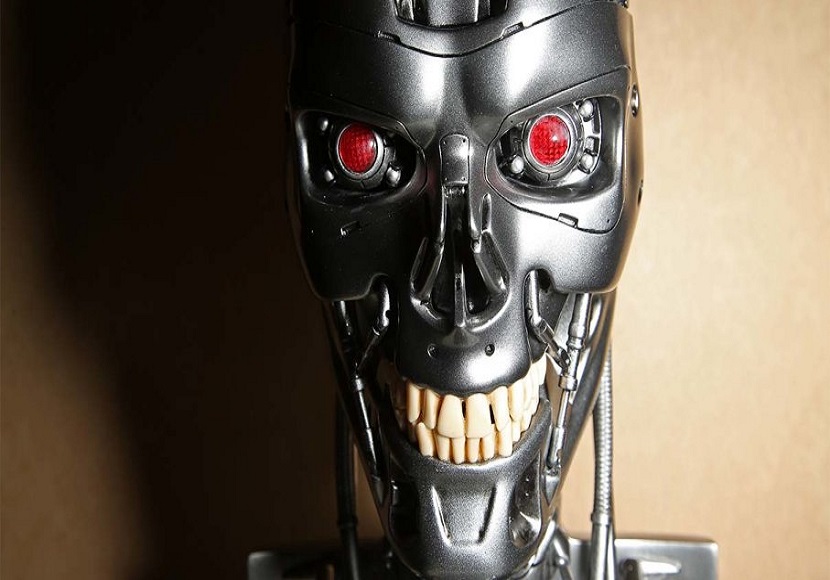 A Trip Through Time, Space and Mind — Notes from a Recent Visit to Silicon Valley

A catalyzing combination of abundant intellectual capital, almost infinite financial resources, a technology spiral, an entrepreneurial ecosystem, a propitious business environment and digital behemoths has already turned this region, through its digital revolutions, into a worldwide seismic epicenter.

There is an increasingly unfathomable distance between the agenda developed in this small but mighty, intellectual and entrepreneurial community —which, by the way, also integrates a few other digital centers around the world — and the reality experienced by billions of people in their daily lives, oblivious to movements driven by a few individuals.

The operating model used by large global companies, which is focused on process stability, protection of acquired positions and a quest for centralization in the value chain, is ever more losing effectiveness. The speed and chaos required by collaborative experimentation cannot happen in such a business environment. As a result, innovation is developed beyond the boundaries known to the big companies.

As this is written at the beginning of this innovation environment, and considering its great uncertainty, its erratic movements, its overstated ideas, its hyperbolic scenarios and its prophets of the unknown, it is reasonable to think that this text might be seen as dated, even naive, as we become increasingly capable of understanding more clearly the actual changes that will occur.

In any case, as I am committed to my role of reflecting on the organizational environment and the impact on its leaders, I summarize my thoughts in five main independent categories below:

Unlimited abundance relates directly to an ability to solve the great challenges posed by complex problems faced by the human race, exponentially applying technology-based knowledge and also integrating platforms, technologies and people. Colossal computational capacity, ubiquity of artificial intelligence, conquest of space, genetic domain, and neural immortality are only a few drivers of this unprecedented abundance period in the human saga, which has always been marked by scarcity.

The theory is relatively simple: abundance takes the human mental map beyond the historic competitive search for survival, to a new collaborative model. After all, there is no reason to compete for resources in a surplus environment. Nevertheless, even considering the possibility of a change in biological nature that favors competition for survival and evolution of the species, I personally would still challenge the belief in an inclusive abundance. In other words, abundance can in fact reduce absolute poverty as measured by statistic indicators (e.g., daily individual income below USD 1), but it also has caused an increase of relative poverty, since the super-rich become super-richer. Human society is not characterized by equality.

To think about the world beyond a zero-sum is to look at the world with optimism. But to believe in democratic abundance seems to be a little more naive, even ill-advised. After all, the Olympian motto “Citius, Altius and Fortius” invites us to embrace new technological possibilities that allow better, cheaper and faster progress, while exponentially rewarding those few individuals at the frontier of these new digital undertakings.

Perhaps it is more realistic to think about a Blade Runner world —created as sci-fi in the 1980s— socially divided between the fortunate ones and the digitally excluded ones, where human excellence in genetic engineering challenges society’s religious and moral principles.

The inventory of recent knowledge is larger than all the knowledge created by the human race across many millennia. The cost of storing and processing this information has been dramatically reduced year after year. Knowledge obsolescence coexists with our challenge to strengthen essential pillars for the full functioning of society, companies and families.

The disruptive impact of new technologies has posed great challenges to mental maps developed over many years. It has been said that our linear way of thinking cannot understand exponential contexts. Our experience-based intuition and our learning curve are increasingly outmatched by artificial intelligence.

Against this backdrop, the sentence “Unlearning is the new Core Competence” has been ad nauseam repeated as essential, considering the challenges imposed by an exponential world. Systemic view, problem solving, social skills, creativity and influencing abilities are some of the competences adjacent to the core competence called unlearning.

RADAR: Local Motors is a crowdsourcing-based automotive company. Kaggle is a collaborative-development portal for new technologies. Apigee is an API development and management portal. Blue Brain is a project focused on digital reconstruction of the human brain through biotechnology.

Generally speaking, throughout human history ignorance led to suspicion. Usually, people prefer to remain in their Platonic caves for they are unable to imagine a world that is different from the known one, so comfortable and, to some extent, controlled. Galileo, Copernicus, Darwin, Einstein are only a few examples of this inexorable conflict.

Current and future dilemmas, as well as an inherent resistance to an exponential world, are just recent variations —likely more intense due to the speed and scope of digital propagation— of this typical aspect of the human race when faced with a terrible, unknown world. The benefits of several forms of digital technology seem obvious, including, but not limited to, increased productivity, greater access, higher impact, reduced costs, industrial automation, time stretching, avoidance of physical limits, improvements in quality of life, personalization of experiences, and greater interdependence on a global scale.

Nevertheless, the digital revolution also leads to current and serious ethical dilemmas. Privacy of personal data is but one of the main dimensions of these ethical challenges with enormous, recent coverage in the press worldwide. However, there are many more terrible challenges: the possibility of genetically modified super-humans, human-consciousness digitalization, coordination of massive cyberattacks through billions of connected devices, drugs use for increased cognitive power, manipulation of the masses through fake news, increased use of extended reality (XR) as a way of alienating from the real world, and coordination of biological attacks.

The use of CRISPR technologies in genetic modification of live organisms seems, in my opinion, to bring us especially closer to open Pandora’s Box, and it is nearly impossible to anticipate and control its consequences. (Un)fortunately there is no turn back.

RADAR: Affectiva is a company focused on detecting emotions through facial screening. Helix is one of the companies in the global competition for genetic mapping. The Stranger Visions project aims to digitally reconstruct faces from anonymously-collected strands of hair, bubble gums, finger nails, etc. Salk Institute provides financial support for biotechnology projects, particularly the ones related to CRISPR technologies.

A fully, digitally connected world operated by artificial intelligence is increasing likely, not necessarily as we imagine in our sci-fi adventures, but still very impressive.

Scale, complexity and impact are some of the dimensions in this new business logic that challenges, through exponential approaches, the finite limitations of a physical world. Just as services added value to products around the mid-20th Century, and platforms integrated services and products around the end of the 20th Century, we will be living more and more with operating systems that consolidate platforms in a complex ecosystem.

Such operating systems can distort the sense of reality as experienced and understood by all of us, changing values, benchmarks, relationships and mental maps. Individuals and organizations inserted in this “matrix” adapt to the new context and abandon old paradigms.

Not long ago, personal computers and mobility became, in a certain way, operating systems and radically changed business, personal and social dynamics. It is very likely that some of the current exponential technologies —particularly artificial intelligence and cloud computing— will consolidate platforms and become new operating systems. Nonetheless, this time human automation will conquer the mechanical borders of work towards what makes us humans: consciousness.

RADAR: TensorFlow is an open platform for database programming. Jupyter is the open platform for interactive processing between programming languages. DeepMind is one of the artificial intelligence leading companies. Propy is one of the companies that specialize in blockchain for the real estate market. What3Words is a company focused on interactive urban mapping through artificial intelligence.

The human race is close to breaking the natural barrier of life. From that point on, it will be possible to draw out existence by creation itself. We will increase our cognitive capacity by adding synthetic cortical modules that reside in the cloud. We will become a biotechnological species. We will challenge divine purposes as we reach for total supremacy to replicate our terrestrial biosphere in space colonies.

It does sound like a synopsis of a sci-fi movie, but these are predictions made by respected intellectuals in this digital ecosystem.

Exponential borders of new technologies will surpass even the limits of our own planet. We will be able to regenerate oceans and rebuild ecosystems on Earth, while we look for new galactic resources through asteroid mining and synthetic growth of plants on other planets and stars.

Such universal digitalization encompasses also the very human organism. Nanorobotics, genetic engineering, synthetic human tissues, artificial neurons, exoskeletons, insideables and titanium prostheses are some of the transformations of our own body and mind.

This new Cybernetic Universum species will eventually replace Homo Sapiens in the evolutionary battle, in a wider, more complex and less human context.

RADAR: Boston Dynamics has quickly evolved in the robotics field. HULC develops powerful exoskeletons. The Made in Space company is NASA’s digital manufacturing lab. TransAstra is developing technology for asteroid mining in space. Blue Origin is one of the companies in the global competition for space exploration. Cybathlon is the first global sports competition among people with titanium prostheses.

NOTE: This material was written during the brief time I spent at the Singularity University, hosted at the legendary NASA Ames Research Center in Mountain View, California. Although I was already up to date with the themes and trends presented at the program, I am still pondering the extension, range and dilemmas posed by the several topics shared here.