The future: A horizon of possibilities 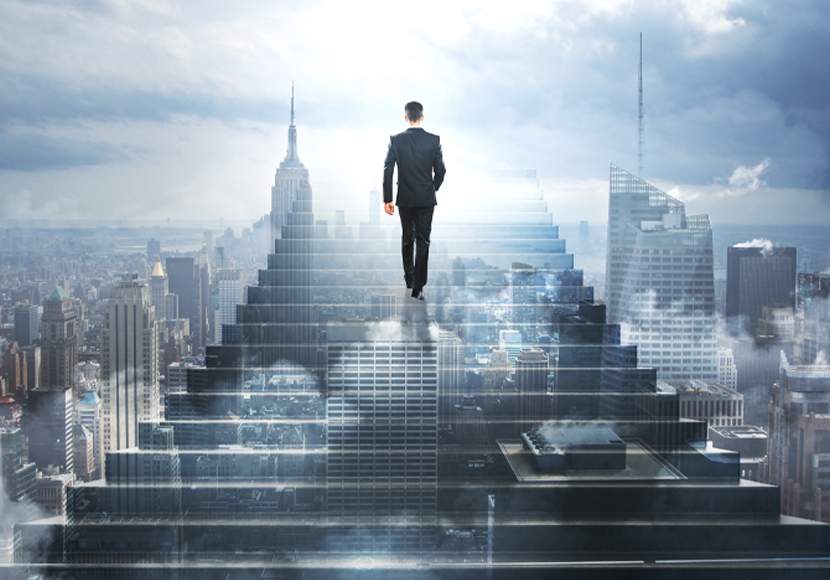 In social memory, World War II was the last event to deeply shake the whole humanity, intrinsically bringing a disturbance of values. The period bared the need for a new way to cope with the world and, within it, the human being, leading to the resurgence of Existentialism[1] and an ensuing new way of seeing and interpreting things, and making sense of the existence.

In this current, the human being is pivotal. Perhaps partly because any material conditions had been quashed, and for the absolute need to affirm the prevalence of the being in the face of the Herculean task of social reconstruction, practically on a global level.

Precious few of us lived that period – actually, all under 75 years of age have grown and lived in a world co-built by the survivors and their descent, from the horizon of possibilities and the material conditions that subsisted following the death of over 40 million.

But why revisit World War II right now? What parallel could possibly be drawn between that time and what we are going through?

A comeback of the prioritization of the being

In these COVID-times, we have tried difficulties and restrictions that, although far from resembling war times in number or kind, have brought about significant changes to the way we work and interact.

Past the most restrictive period – the recent –, the slow and uncertain loosening of the measures controlling social interactions has elicited very similar sensations across people. All discussions about working from home or the protagonism of themes about mental health, amongst others, bring to the limelight, yet again, the prioritization of the human being. From the perspective of materiality, the values have also been altered. The one technology admired and coveted nowadays is the one that produces vaccines that ensure the survival of the human being.

Even aware that the impact on the countries’ economy is being considerable, the discussions pervading the media and the layperson’s discourse are limited to the possibilities of survival of the nearby economic fabric and services represented, on the one hand, by small businesses and, on the other, by the maintenance or recovery of human being’s mental health.

The loss of the built base and the awareness of change

Little is known about how our future will be organized. In this period spanning a little over two years, our certainties have been disputed.

As one example, at first we waged on the capacity of the companies that had somehow accomplished their digital transition to work remotely with their teams without experiencing any impact neither on productivity nor organizational culture. Some of that optimism came, very probably, from the certainty this period would be brief. As telecommuting prolongs, there are questions about productivity and, mostly, about the method to gauge it – and certain fragmentation has been identified in the organizational culture previously built and experienced. New associates have been hired in this period without ever having met their peers a single time. We know the working world will have to be organized differently, but how will that be?

Another sector also very representative of the behavioral change in companies and consumers is the food industry. Delivery has become the norm and ordering a meal –previously an infrequent behavior, or limited to certain social groups – now prevails, not necessarily replacing home cooking, which retained its space in the daily routine, but the meals paid with the voucher provided by the company, or even the outing to a restaurant for the great family weekend meals. In September 2020, Valor Econômico newspaper indicated a 30% increase in restaurants on delivery apps over the past 4 months. To do that, restaurants went digital. It seems likely that once the period of restrictions is over, a better part of the consumers of app-ordered meals will keep that habit, receiving their “lunch boxes” on weekdays or enjoying a spread on weekends without adding other items (such as service fees or the compulsory consumption of beverages).

Many other areas of social and family life have been disrupted, and new behaviors will make up the so-called new normal.

How to think, envision and build the future?

The awareness of the prevalence of the human being over the material conditions of existence, favored right now, cannot and should not foster the idea man would be above all things, and the future to be created would only depend on man.

At once, the whole human projection happens within the boundaries of the horizon of possibilities, whose limits are defined from what one can think, envision and project at a given moment and in a given society

From this perspective, the future is product of a co-construction; it is the material expression of a dual human activity. Thus, if on the one hand the future may be considered the result of a broad economic and social working process imbedded in the economy, on the other, the design of the future is the starting point of a social-construction process that assumes recognition of the human needs, and the activity of constructing meanings based on the transformed social materiality.

The envisioned future, defined as the point where the imaginary meets rationality, is a symbolic production and, as such, the object of an autonomy characteristic of semiotic objects. Nonetheless, that formal autonomy cannot, in any case, be woven into a social indetermination of the production of symbolic forms.

There is always a limit, and that limit is the horizon of possibilities defined from the elements of a given era – hence the need to plunge into the current material conditions, whether work-, family- or society-related –, to ground our projections. Not taking that plunge is producing fiction.

[1] One of the  fundamental texts of the time was “Being and Time”, by Martin Heidegger, published (unfinished) in 1927.

Cristina Panella is a Senior Associated at BMI Blue Management Institute. She has a Doctor Degree in Sociology from Ecole des Hautes Estudes en Science Sociales (France), a Master Degree in Research Formation from E.H.E.S.S.(France), a Master Degree in Social Anthropology from Université René Descartes – Sorbonne (France). She has also a Business Management Communication Specialization from University of Florida (USA) and Graduation in Social Science from PUC- SP. She worked at Datafolha, implementing the research areas Datafone and DataGeo. She has also worked in the Research, Planning and Marketing at SEBRAE and was Associated to CDN Estudos e Pesquisa Ltda. She was a professor at FAAP and Centro Universitário Belas Artes. She is an invited- professor at Escola de Comunicação e Artes of USP. She is an ABERJE’s columnist. She is also a member of ESOMAR (World Association for Social, Opinion and Market Research).