The historical transition from Profane to Digital 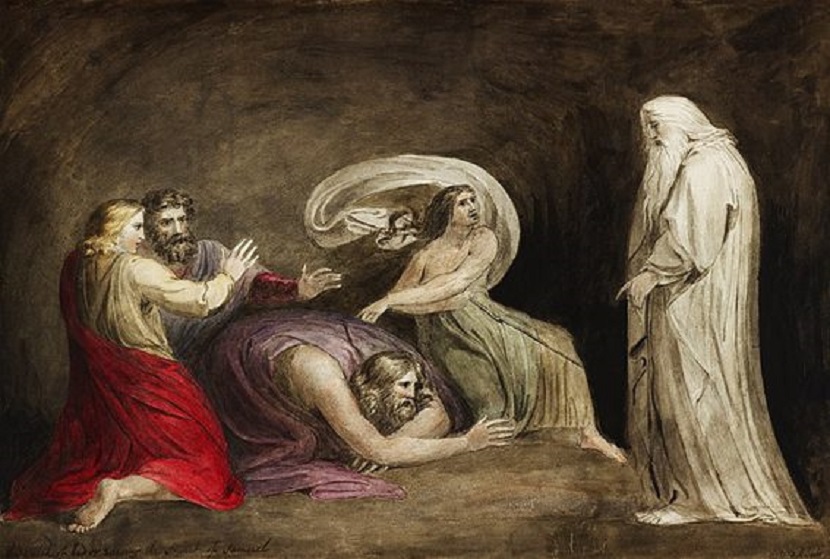 Witch of Endor raising the spirit of Samuel, illustration by William Blake

The Sacred, the Profane and the Wizard

The tension between the sacred and the profane is directly related to the human search for explanations concerning the secret of the universe and its connection with the human being. Religion, therefore, appears as knowledge around the experience of the sacred, as a perception of a superior reality, divine, supernatural, above the profane world.

In the perspective of a religious man, the supernatural or sacral is the true explanation of the reality, being only possible for a man to understand the world and live in a correct way if he is re-connected to this divine instance. The hierophany refers exactly to the act of manifestation of the sacred in profane things, as rock or tree in more primitive religions, and even something more abstract as the incarnation of God in Jesus Christ.

Philosophies and sciences are means of knowledge based on reason, on which the discovery of the truth is tasted as a conquest, a reached goal, a victory of the human being intelligence. In turn, in the religiosity, the truth is perceived as a gift, a precious gift and freely granted by the Holy, and requires preservation by man.

Myth and magic walk together. Magic becomes the passport for Holy secrets and hidden realities that, by means of rituals and ceremonials, reaches the capability of modifying people’s will and destination. Myths are sacred histories, supernatural narratives that try to explain several phenomena of the world by appealing to the divine instance.

The anthropologist Claude Lévi-Strauss had widely studied shamanism and its effectiveness in more primitive societies, with emphasis in the process of psychological manipulation made by the Shaman. He concluded that the magic practices carried out by the wizard are really efficient, when there is genuine belief presented under three complementary aspects: initially, there is the wizard belief in the effectiveness of his techniques; following the belief of the sick person who is to be cured, or of the victim he pursues, in his power; finally, the confidence and requirements of the collective opinion, that forms at every moment a kind of gravitation field in the center of which are the definition and the relation between the wizard and those who he bewitches.

Here is the enchanted world of the old societies around magic and myths.