The loss of the expected future: Collective confrontation of grief 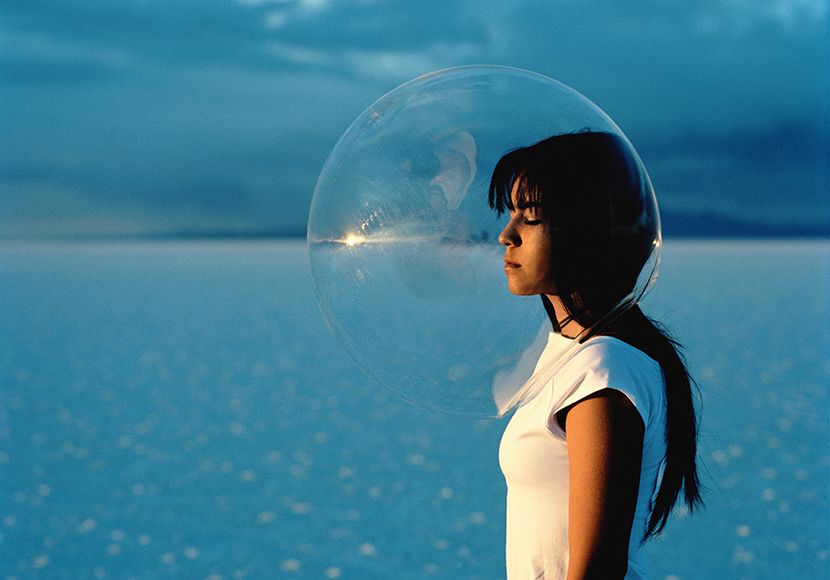 Scientists have been indicating the risk we are already facing or may come to face one of the greatest mental health crises ever seen. When the first case of COVID-19 was confirmed in Brazil, February last year, and quarantine was prescribed as a measure to prevent infection by the novel coronavirus, it did not take long for the first symptoms of the collective ailment to be noticed.

Routines were swiftly altered and engulfed by different needs, times and spaces from those we had programmed ourselves for, which we were used to, and on which we would base our daily lives. Spaces were violently remodeled and, inadequate or insufficient, were promoted to “adapted” and split into workstation, homeschooling desk, dining table. Relationships put to the test of excessive distance or closeness started succumbing to long-existing and overlooked cracks, now vulnerable to the damage of carelessness and unspoken words. The grief for the loss of the expected future, aborted by the unpredictability of the course the devastating and never-ending pandemic would take. Future plans were gradually undermined and quashed.

The number of dead already exceeds four hundred thousand, which means, according to a study by the University of Pennsylvania, there are between 2 and 4 million bereaved individuals in Brazil. We go on counting, as the infection rate curve also keeps rising and baring the vulnerability and helplessness we are subjected to. Bereavement, a set of human reactions to a symbolic or actual death with significant impact on someone’s life, is an experience common to all. Even if one has not lost an emotionally-relevant person, we all share in the effort in an attempt to draw up the present and the future dragged away by the pandemic.

Although grief is uniquely experienced and expressed by each individual, it also reflects structural aspects of the culture it is set in. The rituals usually performed in the care and farewell of family members play the role of contributing to the understanding of the suffering experienced or the loss endured. These have also been changed or impeded: lengthy hospitalizations with no contact with the diseased, precluded from providing care, sharing and receiving comfort, banned wakes and burials performed in the absence of the family. So the pandemic stretches its tentacles, compromising the healthy development of this grief that is prolonged, causing losses to the physical and mental health, to interpersonal and family relations, and to work.

The isolation, the confinement, the interdiction of convivial spaces, the prohibition of the cultural, caring and farewell rites, all have in common the fact they contain what is most human about us: the social character. It is on the other we calibrate our sense of adequacy, belongingness, value, and health. It is in the relationships we intimately form our affective resources, translate and define emotional experiences, and build resources to tackle the outside world. We are social beings and, deprived of one another, we fall ill. Although all these triggers of mental ailment are rooted on the deprivations of the experience of social interaction or the maintenance of cultural rites, individual propositions to tackle and approach the theme can also be seen, pinning on the ailed individual exclusive responsibility for their own ailment and, consequently, for its treatment and “cure”.

The individualization of mental disorders dates back to the history of neuropsychiatric disorders itself and is cemented on their appropriation by biological disciplines, politically grounded on the deliberate absence of critical reflection on the contexts those individuals are set in. They focus on the biochemical approach of mental disorders that, in turn, serves to discriminate and preserve the social status of the healthy and the diseased. The attempt to approach mental ailment by moving the subject away from the context they live in fails to explain the etiology of the various mental disorders and the selectiveness with which they affect some and spare others, as well as the success of non-pharmacological approaches.

The road traveled so far in the sense of understanding mental disorders inverts the logic of the pharmacological treatment and defines the biological (brain) resources as exclusively accountable for the ailment, since treatment yields, oftentimes, remission of the symptoms. Associating mental health exclusively to biochemical aspects is tantamount to dealing only with the symptoms of the real ailment experienced by people in their relationships. It is treating that ailment palliatively, perpetuating a cycle of remediations, without reaching fundamental factors that interfere in the being of that individual in the world. An antipyretic for an infectious condition.

Mental health, as well as everything that is human within us, can only be understood and enabled when the subject is envisioned both in the context that promotes health, and in the one that is harmful and detrimental to sanity. The pandemic bared the fissures, cracks and rifts in frail personal (psychic) and relational (social) structures, deprived of backing and support, vulnerable and unprepared to deal with what is truly human in each of them. The needs are primary, nearly primordial. It is about health and survival.

The individualization as a cultural process, typical of our historical moment, has instigated conducts that go on pursuing individual solutions to problems that, despite collective, have been regarded as individual. In the absence of social support and in face of the ruin of previously-forged relationships, it is up to each individual to find the tools, strategies and actions that will ensure they will go through the crisis. They must then deal with their limited, fragile and vulnerable self, undo what they had taken for granted, face the new, the fear. From the lack of social support that gives sustentation to their more primeval needs, emerge dissociated responses, defenses grounded on the arrogance that not only refutes the gravity of the circumstances that devastate us, but also the very ailment resulting thereof. Unbearable weaknesses and vulnerabilities are refuted, false potencies that refute the very individual and the other are bared. The inability to find and deploy resources is bared, exposing the very individual and the other. It contaminates.

Many forms of psychic ailment have been observed in Brazil and the world as the pandemic progresses and persists. The loss of the collective sense and the possibility of seeing oneself as an integral part of something is characteristic of many of them. The other, overly demanding, and that does not take into account voids, weaknesses, non-ideal times and spaces, adaptations and difficulties, whose demand awakens the sense of insufficiency that lives within me. Some of us have that other within ourselves, in constant demand for “coping”, going over boundaries, stretching limits. We go on, unwittingly, asking ourselves where the notion came from we would have to continue completely productive, slender (athletic!), readers of everything we had not read so far, first-line streamers in all spheres (music, series, films) in one of the most painful moments of our history.

The culture we are set in has turned us into our own overseers, we press on anesthetized and stiffened. The pandemic and its ramifications have catapulted us to the place we should never have left as persons, mindful of non-negotiable needs. It has bared the breaches, gaps, voids and weaknesses in the ideals of work, relationships, life. The preservation of health that imposes distancing, isolation and masks upon us also reinstates the importance of the contact, the embrace, the other. As such, it also bares the solution: the remedy to the pains and diseases that have afflicted us so far lies in the other, in what we understand as common, in the whole we are part of.