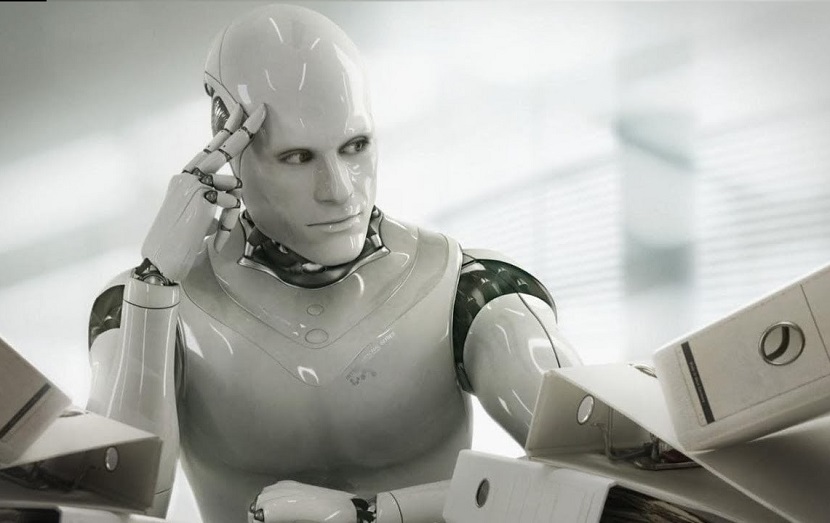 Humanoids are apparently human beings, although they are not. Originary from the scientific fiction, being robots, or extra terrestrial, humanoids may, soon, better represent the evolution of the human beings species, based on the biological and digital fusing.

In this future time, Humanism and, therefore, the own human being essence will disappear.

From Nature to Culture

Before continuing in this path to the uncertain future, it is worthy to look into the past under the anthropological lenses of Claude Lévi-Strauss (1908-2009). Human being transition from nature to the context of culture is a relevant thematic for the analysis of the different social structures that had molded and molds the civilizations.

According to Lévi-Strauss, the prohibition of the incest as universal law is the crucial inflection as the obligatoriness to look for partners in other social groups, propitiated the necessary conditions to the transition of nature to culture, stimulating evolutive conditions from the contact with the diverse. Acting in this way, as also delineated by the philosopher Jean-Jacques Rousseau, man became the only being enabled of transposing the three necessary dimensions to the sprouting of society: from Nature to Culture, from Feeling to Knowledge, from the Animality to the Humanity.

But Humanity and Humanism had not necessarily walked together throughout this human being journey. On the contrary, such meeting had been fortuitous in few historical spasms.

Humanism had not always being a society aspiration. It has been developed as a philosophy that positions the human being as central focus in the context, valuing its capacities and dignities in contraposition with the theocentric perspective about the world. It is an ode to the rationalism in its possibilities of reflection, transformation and accomplishment.

It can be affirmed that Humanism appears initially in the far gone days of 440 B.C., in the Greek society with Socrates, later accused of corrupting youth, being even condemned to the death due to his opposition to the official Greek pantheon gods.

Plato and the stoic philosophers had also spread the humanist principles as the center of the philosophical thought. The poet Cicero pronounced the celebrated phrase “to the humanity, humanity is sacred”. The Greek Humanism breached with the mythological perspective.

However, with the destruction of the Greek/Macedonia civilization and the advent of the Roman Empire, the rigid military hierarchy buried the incipient humanist thought that was being developed. Centuries later, the Roman fragmentation stimulated the European Feudalism, when the individualism submitted itself to the feudal suzerain and, mainly, to the Catholic Church. Humanism was defeated for the implacable Christianism and its powerful religious order.

The end of the Dark Ages occured in the far gone years of 1.400 d.C. - that means almost two thousand years after the original humanist impetus in Greek lands - with the advent of the Italian and dutch Renaissance. The return to the Greek classic texts (at least, the few that had survived to centuries of oppression and censorship) coexisted the development of the commerce in the European mercantilist cities, where the social order favored the increase of individual freedom. The medieval mentality was not capable to offer understanding to the natural phenomena. Leonardo da Vinci (1452 - 1519) was the greatest illustrious representative of this period.

Christian dogmas had being destroyed throughout the secularization process that moved away the Church from the diverse spheres of social life. Empirical scientific methods had blossomed as fundamental base for the increasing of Science credibility. The renascent obsession in the return to the greco-roman antiquity also stimulated the anthropocenic perspective of the world, in which the human being is protagonist of its own trajectory.

Once again, the second humanist spasm was fast. The Protestant Reformation throughout the XVI Century represented certain retrocession, when redefining the mundane work as a duty that benefits the individuals and the society as a whole. Thus, the old  catholic belief in spiritual ascension by means of good workmanships was transformed into obligation to diligently work  as signal of divine grace. Again, Humanism had lost to the religious beliefs, as in Roman mythology and the Christianism long ago.

However, the advent of the Enlightenment Age (the Age of the Reason) in the  XVII Center recouped one more time the Humanism, consisting as philosophy that defended the use of the reason (light) against the old regimen (darknesses) and preached greater economic and politics freedom. The Enlightenment Age promoted important  politics, economic and social changes, based on freedom, equality and fraternity ideals. The popular mass was clarified by means of education: Encyclopedia appeared, the Civil Constitution was written which, later on, would be the foundations of the United Nations Universal Declaration of Human Rights. Golden times! The enlightenments fought for the individuals’ and citizens’ rights and believed in cultural and technological progress.

Paradoxically, the combination of the great colonizing navigations of the Enlightenment Era and the enlightening technological-scientific progresses had given origin to the Industrial Revolution of the XVIII and XIX Centuries, when the liberal ideal in favor of the individual’s sovereignty would be surpassed by mass society. The alienation of the productive process addressed by the great manufacture plants and its scaled productive methods had resulted in the work massification. Years later, already in the XX Century, the American Way of Life globally determined the contemporary standard of mass consumption that transforms the individuals into mere serial consumer of products and services produced in global scale, with strong inclinations for obesity and its correlate cardiovascular and endocrinologic illnesses.

Humanism has stayed, and still is, asleep since the middle of the XVI Century.

In times of panacea around the Transhumanism as new desired level for the humanity, it is worth questioning the potential space for Humanism in future times as moral philosophy. The discussion is not necessarily new.

In the middle of the 1980's, Hans Movarec - scientist in the Institute of Robotics of the University Carnegie Mellon - demonstrated that logical complex were liable to computational resolution while apparently simple sensomotor actions are essentially human beings. To replicate the human standards of rationality requires limited amount of computational resources, when compared to the simple replication of motor and sensorial functions that require much computational power. Therefore, it is necessary much more computational effort to interpret speeches, walk, smell or take decisions based on subjective aspects - something that a human being easily does.

Such paradox inhabits in the simple evolutionist confirmation of our human species, in which such sensomotors capacities have been acquired for millions of years and, today, are intrinsic to the humanity, but incompressible to the robotic humanoids.

Desiring the elimination of this gap is still a challenge to the moral philosophical thought, perhaps impelled by the human unconscious desire in surpassing once for all the holy designs and the whole natural phenomena. The consequences, notwithstanding, are still intelligible. Not only the Humanism, but the human species themselves can be in check.

The Artificial Intelligence expression seems absurd. After all, what do we gain in utility and what do we lose in humanity, when the reference stop being technology and becomes artificial intelligence?

Human intelligence differs a lot from cited artificial intelligence. The intrinsic, idiosyncratic and unusual are exclusive only in the human being nature, evolved in the biological scope during millions of years. Human beings capacities such as abstraction, self conscious, art, culture and free-will are still (and, probably, will continue be) human. Humanoids will not be apt to perform in the same level of human being sophistication, nor either algorithm with all power of the quantum computation.

On the other hand, the singularity - moment at which the storage in digital format will surpass all the codes and information of the daily prehistory to the analogical age - can result in a wild spiral of technological growth in favor of artificial superintelligence, with irreversible and unexpected changes in the human civilization. In this futurist context, as already widely portrayed in scientific fiction literature, the wild action of an updatable intelligent agent with the capacity of self perfectioning would generate increasingly quick machines endowed with a powerful superintelligence that, qualitatively, would exceed all human being intelligence. At this moment, the creature (machine) would surpass the creator (human).

We are, therefore, ahead of the probable sprouting of a new Matrix dominated by transhumans as a new biotechnological species (called by us as CYBERNETIC UNIVERSUM) capable to dislocate the current HOMO SAPIENS biological species.

As already observed in the evolutionary trajectory of the planet in the last billions of years, the potential symbiosis between different species in transition periods also implies in the inevitable competition via natural election. There are still scenarios of supremacy of the HOMO SAPIENS, in the case of such biological and digital fusion produce programmable superorganisms employed in the work division of low conflict in the accomplishment of informative, operational and repeated tasks.

In any way, exactly before this evolutionary climax, already in our current day to day we perceive the acceleration of the social time with two consequences that modify our balance. On one hand, we live in an anxiety state, with the sensation of “EVERYTHING NOW”: the perception of synchronism and coexistence in time and space - proportionate by the advent of the Internet and new medias- it makes difficult the exercise of the systemic vision and the reflection in long term that allows ourselves to place facts in perspective. On the other hand, we live the agony of “KEEPING AFLOAT”, in the origin of the anguish of living simultaneously the deeply profusion of innovations and belief of having no more the necessary abilities to work. We are losing the time of neural  breathe and mental reflection, keeping our brain overheated with continuous flow of related stimulations to the hyper conexion - we need to increasingly search for our cerebral cooling, so necessary to the balance.

Humanism got lost in the history of the Humanity. Initially collated with the divine mythologies always presented in the civilizations all over the planet all the time, Humanism lost the route of history exactly for not having followed the speed and the amplitude of its own inventions - both technological and social.

Time acceleration observed in the last few decades placed the human being in the biological center of the planet - we live for sure in the Anthropocenic Age, in which the human impact in nature route is already perceived in the global warming, in the scaled devastations, in the disappearance of hundreds animals and vegetables and in the change of behavior of animals and plants as an evolutionist response.

Such geologic protagonism did not find similarity in the Humanist protagonism agenda in the context of the humanity. The mass consumption, alienation of work, urban oppression, arrangements and authoritarian populists’ politicians and the digitalization of time are some of the responsible for the dehumanization of the human being.

For the first time in the history of the humanity, we are in front of a cataclysmic possibility: the proper extermination of the biological species in favor of a new biotechnological species. Humanity hands over space to Transhumanity, being probable that the Humanist agenda loses once for all the relevance as a philosophical possibility.

To conclude, just an alert: never in the history of the Humanity ethical and moral have been enough barriers to the technological evolution. Such faith dogma does not seem to be in risk.