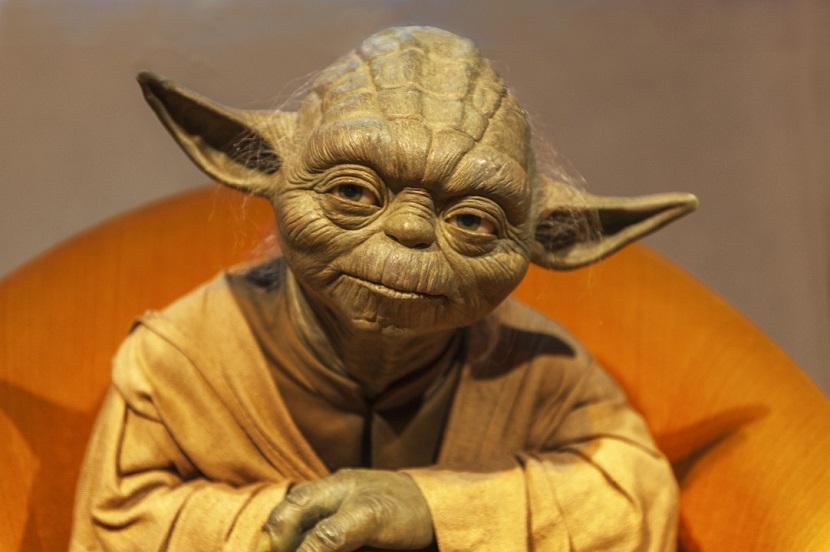 There would be no Luke Skywalker without Yoda.

The scientific fiction has this magical capacity in inspiring us the imagination of a fantastic world. Galactic battles in distant planets, improbable heros, attractive villains. Everything conspires for an unforgettable trip beyond the day-to-day frugality of our life.

The day of the hero has already been shiningly portrayed by the anthropologist Joseph Campbell. And our hero Luke follows ipsis litteris the programmatic script between the known and unknown worlds. Its return to the known world with the elixir of the wisdom is the heroic Saga outcome climax when we all recognize ourselves and long for living.

But it is the supporting personage Yoda that is highlighted as essential in calibrating and driving the impetuous young with high potential. Initially in the domain of the Jedi art, then in the agreement of the conflicts with its close enemy Darth Vader and, finally, in the most challenging battle against the frightful Emperor. Luke would not have even survived to the fortuitous meeting with drones without the diligent support of his old master.

Yoda presents noble qualities of leadership that are frequently described as aspiration for leaders in different contexts of mentorship and formation of new brilliant generations. I highlight here the five main one: integrity, humble, adaptability, balance and discipline.

The Yoda Saga in the domain of the power secrets would be the reference base of already delayed formation of the young apprentice Luke. Naturally he had already presented a genuine power to be developed and enhanced throughout a long formal learning process. But, again, Yoda is crucial to the success of his pupil in successive challenges, initiating by the own mind domain.

The unquestioned integrity of the old master Yoda is the central axle of his influence on the unquiet young Luke. His expanded conscious level on the moral paradoxes and inherent ethical dilemmas in respect of social relations assures Yoda a unique mentorship capacity to his new pupils in crucial questions defying his own identity.

The Yoda's humble is never placed in a subservient way to the whims of his apprentice, but it creates a favorable atmosphere to the learning by conquering proximity and confidence throughout the coexistence. Yoda demonstrates firm patience in developing his pupil in the mysterious arts of the Power, when walking side by side, without distancing.

The adaptability of Yoda provides capacity of connection with his young apprentice, despite the difference of centuries between the ages of them. Yoda is a mentally vigorous elder, despite his own physical fragility due to his advanced age. But he adapts and adjusts his language in a frequency capable to be decoded by the other generation, at the same time searches for coexisting essential foundations of Power and practical applications in day-to-day contemporaneous situations experienced by Luke.

The Yoda's balance is enviable. Absolute in control of his mind, he remains fearless facing the greatest testified catastrophes. Defeated in his own fight against the Emperor and conscious on his failure action in the prevention of young Darth Vader development, he manages to forgive himself and re-signify his loss with a looking to the future. Luke is inspired by this whole balance, even irritated for not having reached the same level of quietness of the master throughout many years.

The discipline is the strongest behavior characteristic trace of Yoda. Thrifty in his methods and styles of life, the old master dedicates himself to the improvement of Power. By recognizing potential in Luke, he persistently acts to adjust the direction of his apprentice.

Maybe one of the greatest mysterious art of leadership is to recognize its role of better leaders formation, totally free from enchantment of the own image in the mirror. Yoda did not have mirror...